Police films almost all participants of Demonstration: We're suing them!

Illegal police video surveillance in Berlin Grunewald? The neighbourhood management (QM) takes care of it! Almost all participants in a social-space intervention were filmed by the police without any reason. Illegal? The Berlin-Brandenburg High Administrative Court will decide this now. 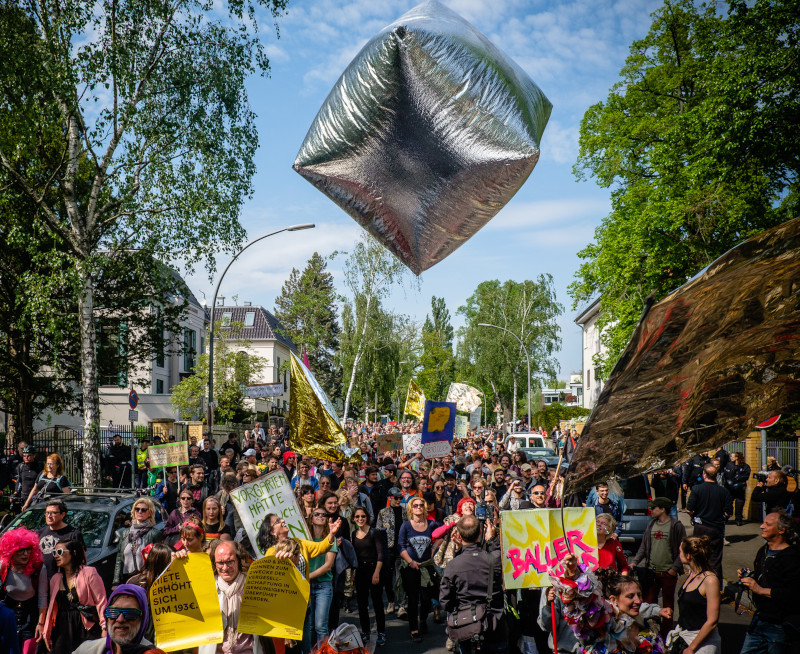 Background of our action

At the myGruni demonstration in Grunewald Berlin in 2019, the federal police filmed almost all participants without cause. Using cameras installed specifically for that purpose in Grunewald station, everyone alighting from the train was filmed immediately before arriving at the demonstration. The police, however, are not permitted to film assemblies unfounded, and the arrival and departure of demonstrators also enjoy legal protection. In the age of automated facial recognition, filming a demonstration effectively creates a list of participants, and it constitutes a massive infringement of the participants' fundamental rights.

Therefore, we are suing the federal police!

The Administrative Court of Berlin and the Federal Police jointly say: 7,500 demo participants can be filmed with swiveling zoom cameras on the way to the assembly and the recordings can be stored. The neighborhood management Grunewald as the applicant of the assembly had sued against the Video surveillance in the S-Bahn station Grunewald 2019 and is appealing the problematic ruling before the OVG Berlin-Bandenburg now (press release in German).

1st May 2018: thousands of autonomous street workers inform Grunewald residents about social participation and social justice. Doorbell pranks and confetti cannons plunge the problem district into pandemonium and chaos! The police launch an investigation into breach of the peace due to complaints of "sticking stickers" or "chalk drawings on roads" -- an unprecedented peril in Berlin's leafiest district.

1st May 2019: to avoid repeated turmoil and pacify the danger area, the Grunewald district management association invites all and sundry to the neighbourhood festival »myGruni«. Under the slogan, "with each other against an against each other," thousands pour into the problem district, keen on pursuing an intercultural dialogue with the socially marginalized local residents over a non-violent fried sausage and the sounds of a brassband.

This socio-spatial intervention was not only viewed with suspicion by the federal police, but systematically filmed and recorded -- unlawfully!? With cameras installed specifically for that purpose in the train station of the problem district, the police recorded video footage of almost all of the autonomous street workers immediately prior to their arrival. Civil rights experts describe it as a "massive encroachment in the fundamentally guaranteed right to freedom of assembly" -- because the free arrival at and departure from a demonstration are also protected by law.

The administrative court of Berlin should consider whether this surveillance is unlawful. A corresponding lawsuit is being prepared by our lawyers, to be filed in court before Christmas Eve as a special kind of Christmas present.

The resources of the QM Grunewald -- an organization firmly committed to the common good -- go entirely toward the creation of an accessible, diverse, intergrative cultural programm in otherwise monocultural Grunewald.

Thanks for your support!

Your donation will enable a Christmas present that will strengthen fundamental rights like the freedom of assembly, rein in the police, and make many people very happy.

Thanks to FIfF e.V. for their support in cleaning up the surveillance data environment!

Thanks for your support!

Continuation of the action for a declaratory judgment against the video surveillance at the Administrative Court of Berlin is made possible by the donations of many autonomous street workers and other sympathizers. Thank you! The costs for the first instance of this (1,500 €) and a contribution to the expulsion lawsuit (500 €), which was already mentioned in the 7th door, are now covered by the donations received so far. Wow, MANY THANKS for this to all donors!!!

Of course we are still very happy about your donations to support the socio-cultural work of the QM against infringements of fundamental rights, surveillance and repression by police & co - and if necessary to support the second instance of the video surveillance lawsuit.

For donations under 200€, the transfer receipt is considered a donation receipt. Otherwise, just send an e-mail to buero[at]fiff[dot]de with your postal address and we will mail you a donation receipt accepted by the tax office. 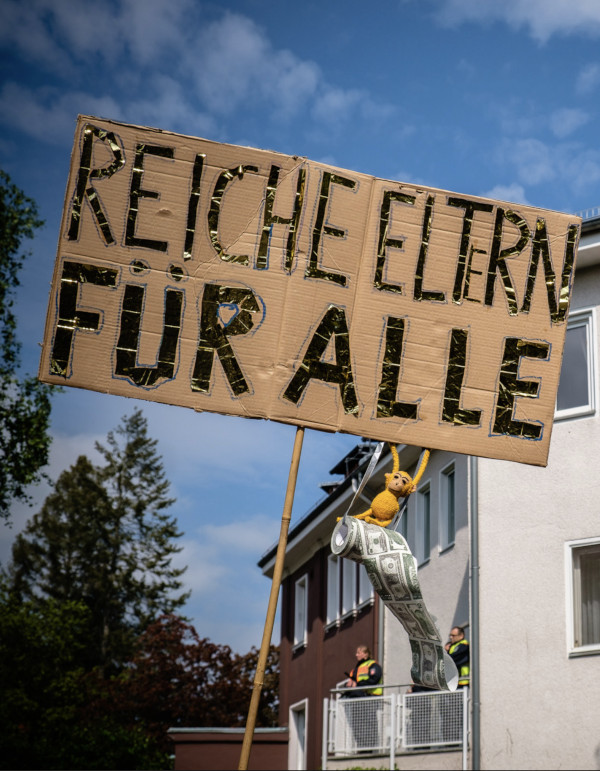 Under the motto: "Video clips against video surveillance" you will receive the finest content from QM Grunewald every day until Christmas. 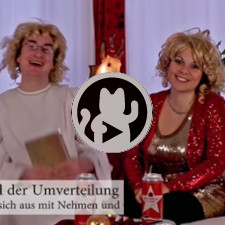 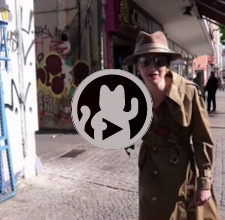 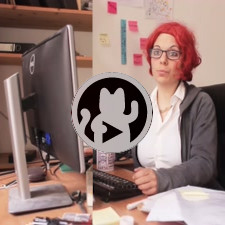 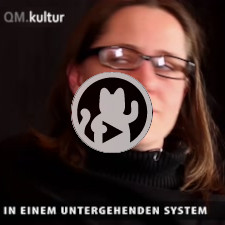 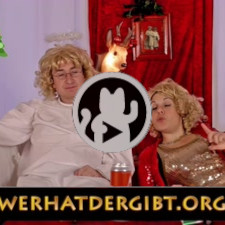 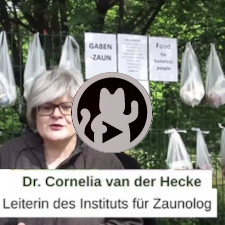 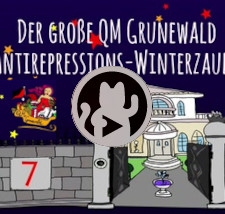 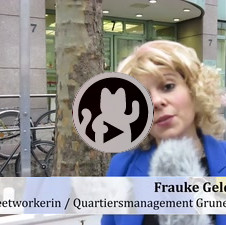 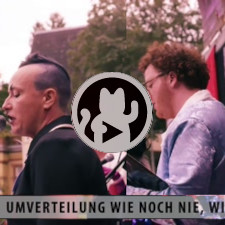 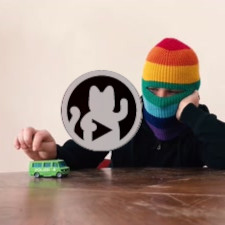 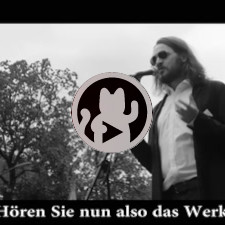 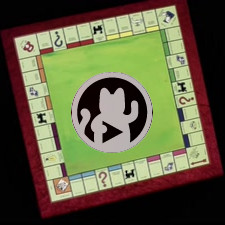 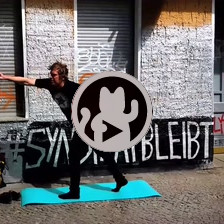 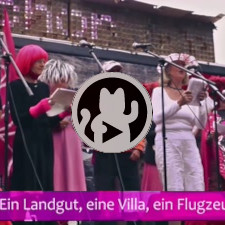 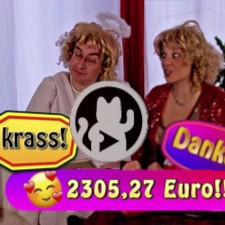 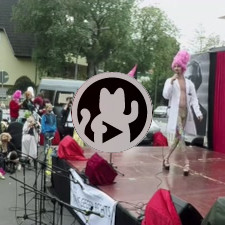 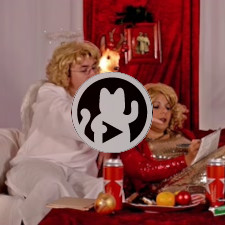 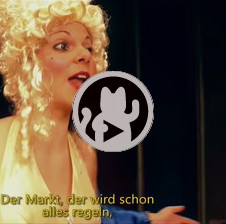 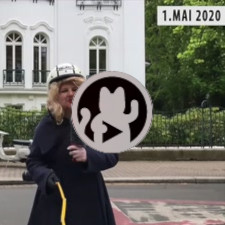 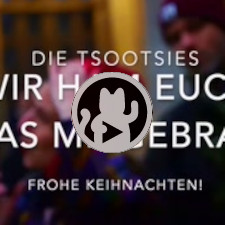 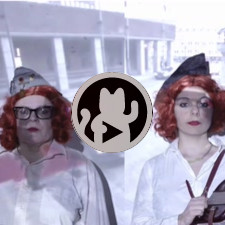 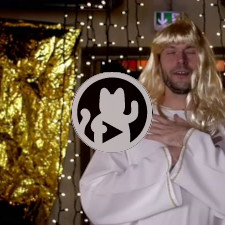